If you’ve ever stood on the starting line of a race filled with doubt or decided not to apply for a job after hearing that someone more qualified than you also applied, then you’ve no doubt experienced how limiting beliefs can stop you in your tracks.

The good news is that these disempowering thoughts and beliefs can be swapped out for new ones. I’ll walk you through the steps to do just that.

What are limiting beliefs?

You have hundreds of thoughts every day. One of the most important things to remember is that just because you experience these thoughts, it doesn’t mean they hold any truth. Many of them are mind chatter or your ego playing old stories and trying to protect you from harm. These are limiting beliefs because they hold you back and keep you from growing.

If you begin to pay attention to these thoughts, you’ll notice that some repeat more often than others. Eventually, if you think a thought long enough, it turns into a belief. We identify with our beliefs and they feel very real to us. It’s important to remember that all of your beliefs are true, just as all of mine are true. We may both be living in the same world, but experiencing it very differently.

As humans, we cling to our beliefs. We like to stand for something to back one horse over another. Holding a belief reflects that we have morals and gives us something to cling to for safety and security. It provides a benchmark for us to navigate our world. It’s much easier to change our thoughts than it is to change a belief.

You go through life clinging to these beliefs. They become the filters through which you perceive and judge others and make decisions. When you view others through this lens, anything you like or dislike about another person is actually a projection of your own thoughts about yourself. Other people are simply reflecting your thoughts, beliefs and values back to you. For example, if you don’t think much of yourself, you may tend to gossip and be critical of others.

Some beliefs are beneficial. Empowering beliefs lift you up and support your growth. These are positive beliefs. All too often, we build our identities around our limiting beliefs.

A limiting belief will often leave you filled with fear or worry. “I can’t, I don’t, and I won’t” are often a tipoff that what’s to follow is a limiting belief. As children, we’re a beliefs sponge, picking up the beliefs of those around us. As an adult, however, it’s important to identify the beliefs we no longer want to experience, that may not even be ours in the first place!

How limiting beliefs hold you back

Over time, your beliefs become your story and you filter the world through this lens. Let’s say as a child, your parents worked hard for everything they had. “Money doesn’t grow on trees,” they reminded you. Because of their work ethic, you developed the belief that you must work hard to be successful. You tend to view other people through this lens, labeling those who don’t work as hard as lazy, as you pull long hours, believing that’s the only way you’ll ever get ahead.

It’s difficult to see the world any other way because the ego’s job is to search for proof in the world around you to support these limiting beliefs.

The question is: Do you want to remain small and stuck in these limiting beliefs or are you ready to break through these self-imposed walls and uncover happiness, abundance and freedom? One of the fastest ways to grow is to begin to filter your thoughts and question these limiting beliefs. Here’s the formula for doing just that.

How to shift a limiting belief

Grab a notebook and over the next few days, pay attention to the thoughts you think. Make a list of all your limiting beliefs.

Most of your limiting beliefs will fall under the umbrella of one of two bigger ones. So thoughts like “I can’t qualify for a race if I don’t train 8 hours a week,” “I should spend more time with my kids” or “I need to keep busy if I want to be productive” are all limiting beliefs that fall under the overall belief that “There is never enough time.”

Take each limiting belief (you should only have 2 or 3 now) and identify the feelings that come up around them. For instance, not having enough time could feel stressful or make you anxious. Next, ask yourself where this belief came from. When is the earliest time you can remember feeling these feelings of stress and anxiety around time? Perhaps you had a parent who was always stressed about not having enough time in the day. Or you were given the message that unless you conquered a to-do list a mile long, that the day was a waste. Write it down.

4. What do you want to feel instead?

Think about the stress that comes up around this idea that time is limited. What would you like to feel instead? Maybe you’d like to feel secure in the thought that everything that’s truly important will get done that day. You might begin to identify what’s not necessary and give yourself permission to let it go.

Then replace it with a new belief like “I always I have all the time I need.” Find proof in your life of all the days when you went to bed feeling accomplished or when you had a fantastic day with your kids and lost track of time. How did that feel? Perhaps it was joyous or fulfilling. Remember that feeling and how it felt in your body.

Finally, you must play gatekeeper to this new belief. That means that every time some version of that limiting belief comes into your thoughts, that you replace it with a new thought like “I always have enough time” and then it’s important to feel that feeling of fulfillment and joy as you repeat the new thought.

This is how you reprogram your mind and change your thoughts. It’s important to come back to this exercise every time a new limiting belief comes into your awareness. 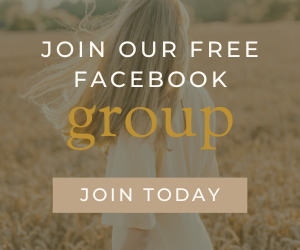 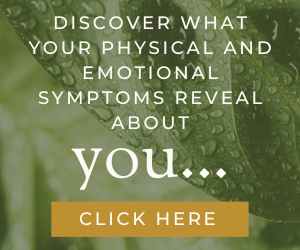